There are many chart options in excel but one day, I had to use the radar one and excel proposes 3 options: the simple one, the radar with markers and the filled radar. The most inconvenient, for me, is the color, particularly when I used the filled radar because it will fill up and merge automatically the same color for my different values.

It doesn’t mean that there is not a way to personalize the form and the color for each value but I have to trick excel. In fact, I started first to look in internet if someone had the same issue like me, more importantly, if the chart I wanted, someone had done it already. Unfortunately, no one or at least, I didn’t find anything but based on what I read, at the end, and with a little guess, I found how to do it. 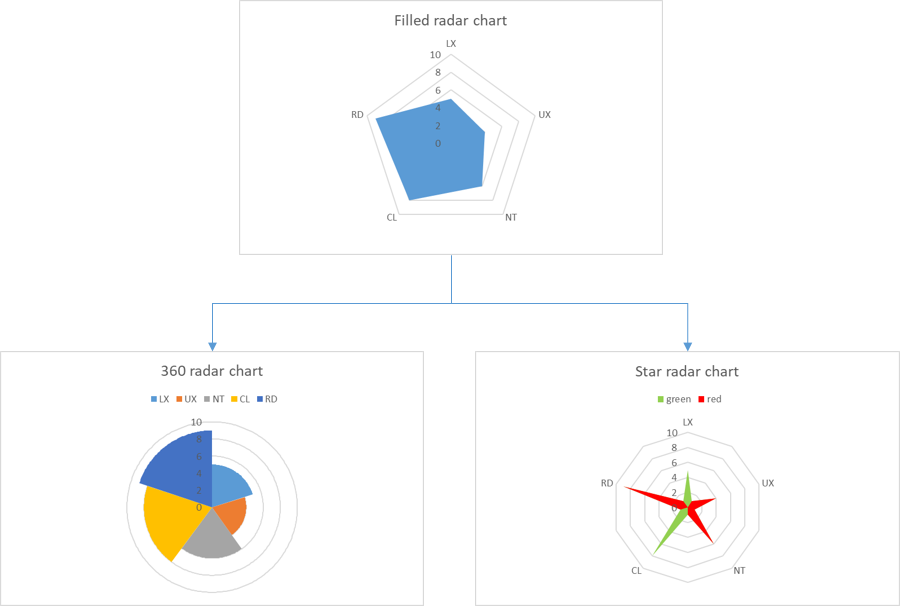 To explain better, I will use those data:

So if I select the filled radar, excel will display the chart: 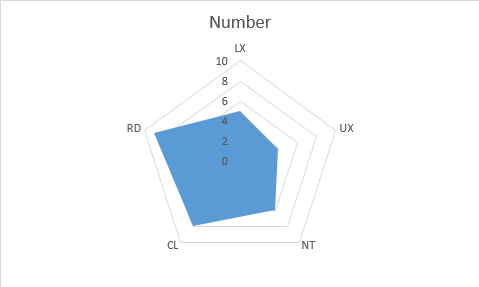 All names have the same color, and with the different configuration options, there is no way to put different colors for LX, UX, NT, CL and RD. To do that, I will describe 2 options that I use the most, the 360 radar chart (it can be found in internet) and the star radar chart (my own creation).

Once all cells are filled, select the data as shown below then create the filled radar. 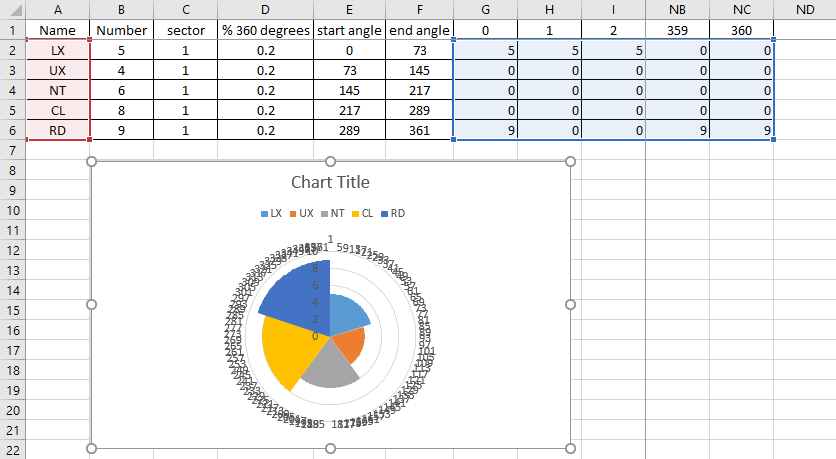 To delete the annoying numbers in circle, just click anywhere in the “circle” then delete it so the chart will display like this: 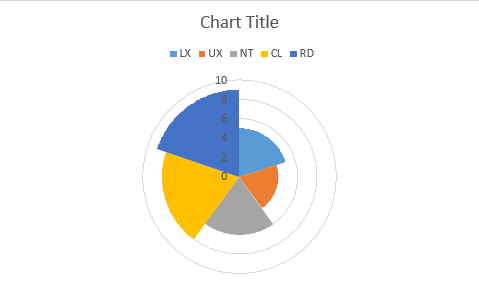 For this chart, I need to duplicate each name and to reference the column with a color. I can put many colors I want but for this example, I will just take 2 colors. My table will look like this:

And I will create the filled radar chart and now I will: 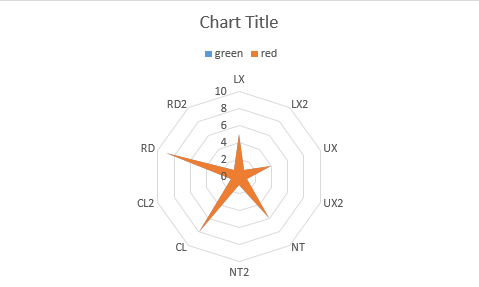 Imagine that I want to have LX and CL in green and the rest in red, from the table, I will delete the number in red for LX and CL: